The studio space, prior to being converted, was originally used to house animals and still contains the mangers where the hay and feed were kept. When the house was first moved into, the animal rooms and the upper living space were both in a poor state of repair and the "studio" in particular was in need of complete restoration as can be seen below. 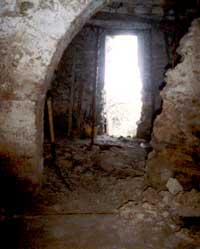 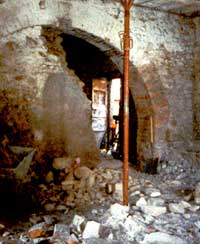 
As a decent living space was a prority the lower rooms were therefore the last to be worked on and this meant that there was a period of time when no art work was produced because Arthur was restoring the house. Eventually, the dirt floor was replaced with stone, electricty installed and the mangers converted into storage topped with work surfaces and the printing presses were eventually moved in. No mean feat as the Columbian press (like the other smaller presses) is made of cast iron and therefore, quite literally, weighs a ton! 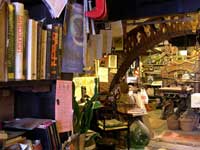 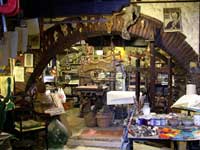 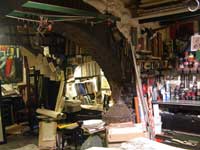 
The studio, divided by an arch, is used for both painting and printing as well as being packed with books and a huge variety of objects collected over the years which are used as both decoration, inspiration and subject matter. Nothing is thrown away or disregarded as ideas come from all sources. 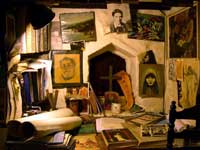 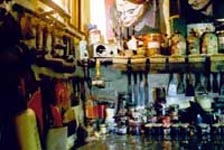 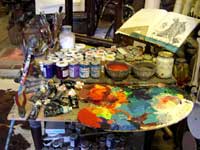 
For more information regarding the different printing presses and the methods used please take a look at the relevant section. 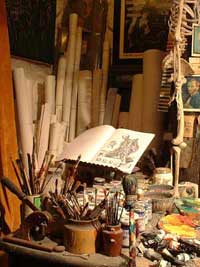 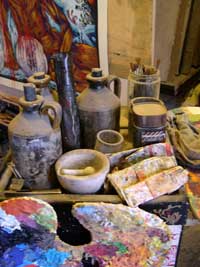 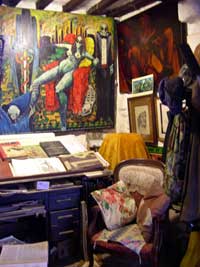